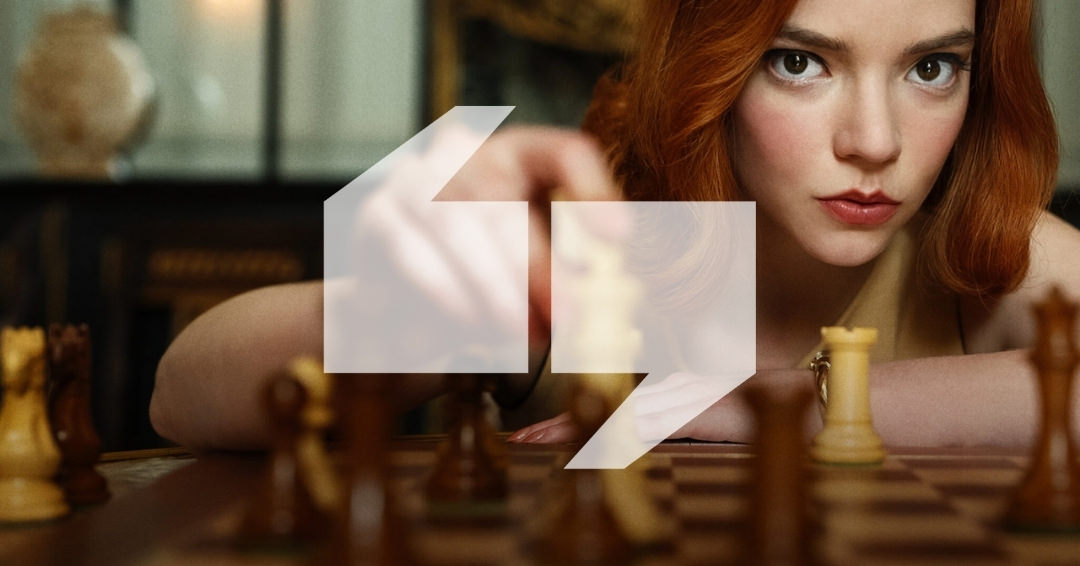 With a whopping 62 million member accounts worldwide watching over the last four weeks, The Queen’s Gambit has set a record for the most-watched scripted limited series.

The Queen’s Gambit is officially the most-watched scripted limited series ever for Netflix.

This has been confirmed by sources such as The Hollywood Reporter but they also highlighted that the record setting viewership number does not necessarily reflect those that will have watched episodes in their entirety. Netflix counts views by those who have watched at least 2 minutes of a series or a movie, which is in essence lengthier than the preview.

That being said, the unprecedented global success of a scripted series, the heavy promotion by Netflix, and rave reviews from critics, leaves no doubt to the popularity of the show. Walter Tevin’s 1983 novel in which The Queen’s Gambit series is based upon, has also re-entered the New York Times bestsellers list and a new wave of interest in chess has emerged.

The Queen’s Gambit is a hit across the globe with it ranking in the top ten in 92 countries, and Netflix users watching 551 million minutes of the show over it’s first three days of release making it into Nielsen’s streaming top 10. Tiger King retains the most-viewed record with 64 million within it’s first 28 days of release. True-crime docuseries are usual major hits for Netflix, so the success of The Queen’s Gambit is somewhat unprecedented and a huge achievement for the cast, crew and producers behind creating the record breaking series.

♕ The novel has entered The New York Times bestseller list, 37 years after its release

Scott Frank co-creator, showrunner and director spoke of his delight in a gracious response to the success:

“I am both delighted and dazed by the response. It’s just all way beyond what any of us could have imagined, but speaking for my fellow producers and the entire cast and crew of the show, every one of whom made me look better than I actually am, we are most grateful that so many took the time to watch our show. And we all look forward to bringing you our Yahtzee limited series next.”

The Queen’s Gambit stars the hugely talented Anya Taylor-Joy as a chess prodigy in the 1960’s where we see her battle addiction, self destructive behaviour and finding her way within a male dominated world. Wonder if there’s a professional Yahtzee player out there with a story as interesting and gritty as this…

Netflix executive Peter Friedlander oversaw the series and attributes the popularity of the show to the journey of an underdog, overcoming challenges allowing viewers to invest into root for Anya Taylor-Joy’s character creation.

“What Scott executed was phenomenal in terms of the precision of the craft, and yet at the heart of it all is this incredible character, played by the incomparable Anya Taylor-Joy,” Friedlander told THR. “Her underdog journey is what I think people are really connecting with. She had challenges every step of the way, and yet she’s this incredibly determined, unique and unapologetic in approaching life and who she is and who she wants to be. I think people responded to rooting for her against all these odds. There were also other elements — the nostalgic feeling of traveling back in time and the escapist quality of that. At the same time it’s a real sports story too. You’re rooting for someone to win.”

The Queen’s Gambit is currently streaming on Netflix.

Based on the novel by Walter Tevis, the Netflix limited series drama THE QUEEN’S GAMBIT is a coming-of-age story that explores the true cost of genius. Abandoned and entrusted to a Kentucky orphanage in the late 1950s, a young Beth Harmon (Anya Taylor-Joy)  discovers an astonishing talent for chess while developing an addiction to tranquilizers provided by the state as a sedative for the children. Haunted by her personal demons and fueled by a cocktail of narcotics and obsession, Beth transforms into an impressively skilled and glamorous outcast while determined to conquer the traditional boundaries established in the male-dominated world of competitive chess. The series is directed and written by two-time Academy Award nominee Scott Frank and executive produced by Frank, William Horberg and Allan Scott, who also co-created the series. THE QUEEN’S GAMBIT stars Anya Taylor-Joy, Marielle Heller, Thomas Brodie-Sangster, Moses Ingram, Harry Melling and Bill Camp.