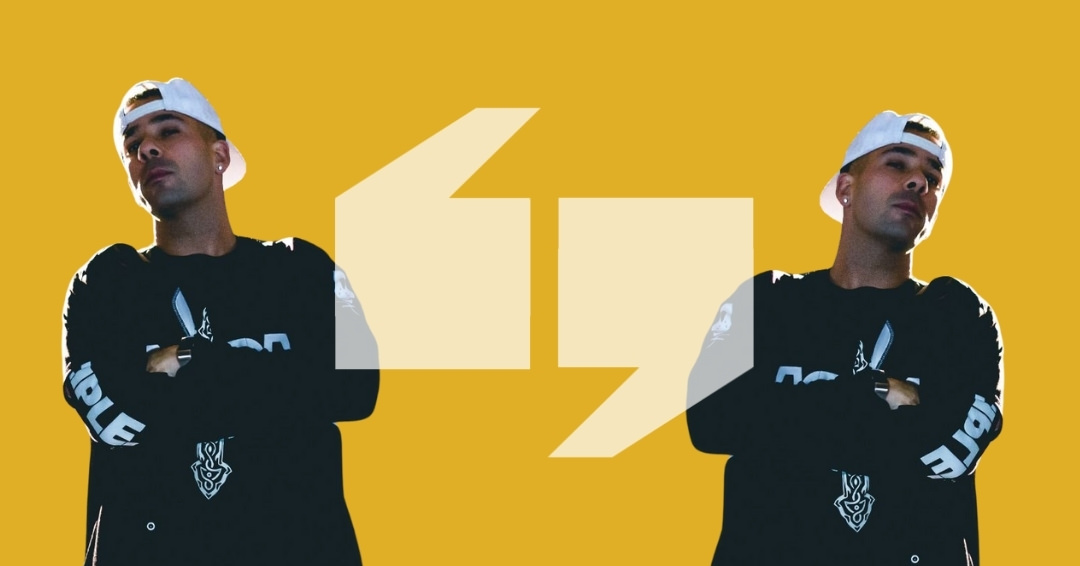 As an MC/ Rapper in Virus Syndicate I’ve spent the last 15 years of my life writing, recording, releasing and touring the world. Navigating the ever changing music trends whilst trying to stay at the forefront of relevance, managing the multiple peaks and troughs of my rap career at the same time as having to stay ahead of the curve when it comes to the business side of the industry. Just reflecting on this and writing it down is exhausting, but that is the music industry for you…fucking exhausting! It’s a constant never ending battle where you learn to live with taking 3 steps forward and 2 steps back, not getting the outcome you really wanted and every step up the ladder being just another entrance into another labyrinth of blockages and hurdles.

Despite the hell I’ve just described, I’m lucky enough to be one of the few who have managed to carve a decent career out of this chaos and despite the MANY challenges of making it in the music industry, I wouldn’t change any of it. I’ve had many landmark moments in my career so far (I’m not even nearly done yet) that have made it worth every struggle 10 times over.

So what is it that makes it worth it? For me, it’s two very simple things. Performing and money.

Getting paid to travel the world to perform your songs in front of large crowds while the crowd sing your lyrics back to you (lyrics that you wrote in your car or bathroom) is a feeling that is indescribable and very fucking addictive. As much as I have moaned about having to travel so far for shows, I’ve recently learned in light of recent circumstances to never take any of this for granted ever again.

At the beginning of March 2020 we had a huge year of releases and tours pencilled in the diary. We had just got our new American performance visas and were excited about getting to bring our live show to the states regularly, we had dates planned for Europe and Asia and were still buzzing off the back of our Australia and New Zealand tour which had just finished in February.

And then… the pandemic hit. As one by one we sat and watched every country we planned to tour close its borders, airlines shutting down flights and the entire world eventually going into a strict lockdown, we knew that at least for the time being the music industry was going to change dramatically and so were our careers. We have always kept a close eye on our streaming performance and the type of revenue it brings in, but it always took a 2nd place to live shows as being our number 1 source of music income. Now that this had come to a grinding halt, streaming rapidly rose up the priority order and we started to look a lot deeper into our streaming revenue, what we were currently making and what the potential of it was.

Fortunately for us, we have a decent sized Spotify audience where most of our releases will reach more than a million streams over time. So even though all our shows had been cancelled due to the pandemic, we still had money coming in.

So how does it work?

Spotify has by far the largest market share of music streamers and is the platform that most artists use to estimate or forecast their streaming income. Not to say Apple and Deezer are irrelevant, but they just don’t currently have as much financial impact on most artists as Spotify does. Plus Spotify has apps such as Spotify for Artists which help artists to understand their audience and where their streams are coming from to help them grow their fan base.

Of course you cannot compare these figures to the days when CDs would sell. Where the volume would be similar but instead of 0.004 pence per sale the artist is getting about a £1. Big difference. However those days are over and we live in a digital age, a digital product has considerably less value than a physical one simply for that very reason. One requires manufacturing and the other requires uploading to a platform once.

So here we are in 2020 where the value of a play of your song is 0.004 pence. The key to making these maths work is down to sheer volume. You need to be streaming in the millions to make a viable career out of streaming alone. Most new artists uploading their first track to spotify will struggle to get 1000 streams and the thought of getting a million seems like an impossible task. But it’s not.

That goes without the additional bonus of your music finding its way onto the editorial playlists or the algorithmic playlists. This can of course accelerate this whole process dramatically.

Through being smart about the data Spotify provides you with, about who and where your audience is, a new artist has a real chance at making this model work for them. IF you’re prepared to slog it out.

The word “viable” has been slung around the music industry a lot of the last few weeks and without delving into Covid 19, (i’m sure we have all heard enough about that) it got me thinking: what does it take for a new artist to make a viable career out of streaming alone? I’m lucky that I am naturally business minded but I know of lot other creatives aren’t, so I thought I would list my top tips for building a revenue stream out of streaming Music