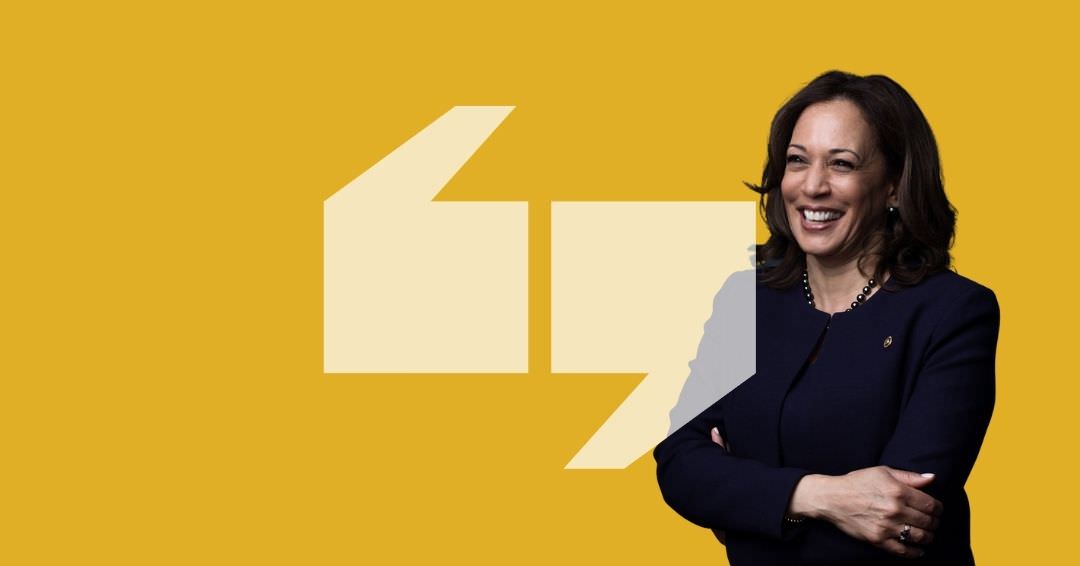 DID YOU KNOW? – Nazis Planned To Build A Giant ‘Sun Gun’ To Burn Cities

The new Vice President Kamala Harris has created history, a history that will sure to be a catalyst for a generation who will long say when I saw Kamala do it I knew I could.

Kamala Harris has just achieved a number of firsts in the White House. Will her achievements be the catalyst for a new generation of women and be an inspirational message across the world for years to come? Kamala Harris. First Female VP. First Black VP. First Asian VP. Click the link in bio to read the full article 📲 . . #politics #news #usa #america #congress #politicalmemes #government #political #freedom #kamalaharris #bidenharris2020 #womensrights #equality #joebiden

With the circus surrounding this presidential election and all of the noise around ballot tampering and accusations being flown around with no evidential basis on the legitimacy of the Biden/Harris win, the focus of what a truly monumental result this is and what this means for people around the world has been blurred slightly.

This election has seen history being made, the first female Vice President is also the first of Indian heritage and the first black woman all in one. Kamala Harris has set a new standard, one that will be sure to give hope to millions of women and people of colour around the world.

Oakland, California born Kamala Harris was born to parents who have likely had a huge impact on her outlook on life and what she could be capable of. Her Mother Shyamala Goplan arrived in the US from India in 1958 and Father Donald J. Harris who arrived in the U.S. from British Jamaica in 1961. Both Mother and Father settled in the U.S. as students and subsequently received PHD’s in their chosen fields.

Harris visited her Mother’s family in Madras (now Chennai) several times and was said to have been hugely influenced by her Grandfather a retired civil servant whose progressive views on democracy and women’s rights impressed her.

Kamala Harris studied at Howard University a pivotal time for her to embrace her background and grow into an adult. She has been honest about the racism she has suffered as a child but it was at Howard where she felt part of a majority and a truth became clear “it is not a niche to be a black American”.

I became an adult at Howard University. [It] very directly influenced and reinforced — equally important — my sense of being and meaning and reasons for being.

We are a long way off being an inclusive and equal world but it’s within these moments a glimmer of hope shines down on our children.

As more women, people of colour and from diverse backgrounds take up positions of power and become influential on a world stage we can hear the murmurs of “if she can do it, so can I”.

As families took to the streets to celebrate we saw emotional reactions that their children may actually have a chance to embrace their backgrounds and not feel held back or that they’re starting the race at a disadvantage purely based on gender, skin colour or background.

The more that we see people of power from all kinds of backgrounds we can begin to see a more inclusive future where white people can also see the offerings that many people have to give to the world, but are challenged on their worth based on appearance and background. White children of the world having an example of someone in a position of such power in one of the largest economies in the world, will surely have some kind of impact on what they consciously or unconsciously feel when they see a person of colour.

This year’s events further exposed the lack of and more often than not, the non existent representation of people of colour at the top of the ladder within organisations and companies, but will Kamala Harris and the Democratic Party help to shift this and level out the playing field? As she declared she may be the first but “I won’t be the last” we see how much this means to her beyond her own political gain and climb up the career ladder.

While I may be the first, I won’t be the last. pic.twitter.com/R5CousWtdx

Kamala Harris is paving the way for dreams to be born with the hope that they will be beyond a fictitious image but an achievable reality, following suit that once it’s been done it can be done again and again, and maybe just maybe one day we will see this as a norm and that we look back and reflect in disbelief at the state of the world in 2020.

Biden hits Trump Where it Hurts at Final Debate: “Release Your Tax Returns, Or Stop Talking About Corruption”