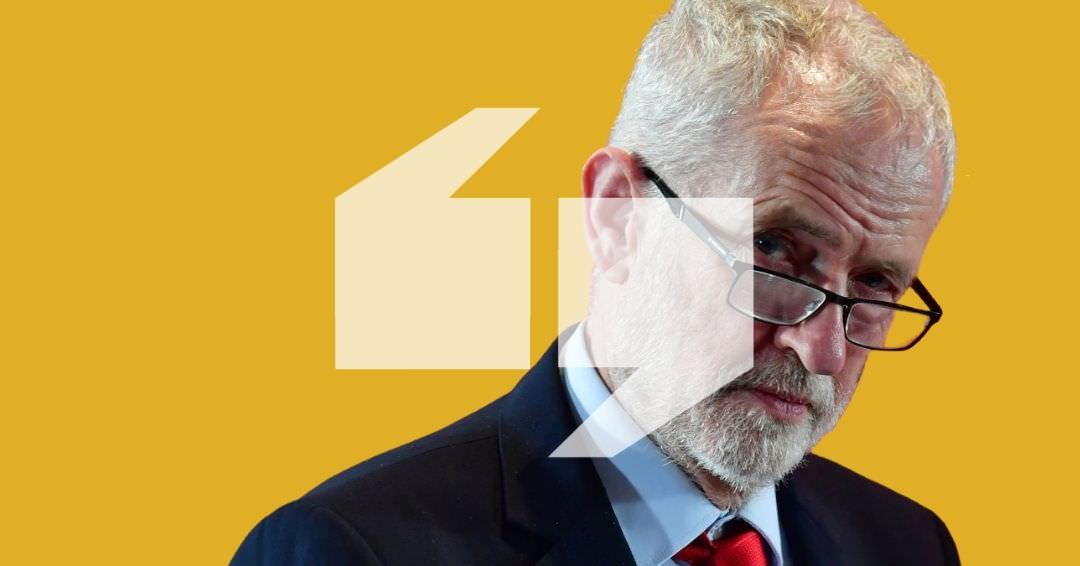 A Labour Party spokesman confirmed that Corbyn has been suspended from the party pending an investigation. He was also stripped of the parliamentary whip in the House of Commons. The announcement came after an investigation into anti-semitism the Labour Party by the EHRC (Equality and Human Rights Commission) identified serious and unlawful failures within the party.

According to the EHRC website “The Labour Party has been served with an unlawful act notice after an investigation into antisemitism by the Equality and Human Rights Commission found it responsible for unlawful acts of harassment and discrimination.”

Current Labour leader Keir Starmer held a press conference this morning and said the EHRC’s findings were “clear and stark”. He said: “I found this report hard to read. And it is a day of shame for the Labour party. We have failed Jewish people, our members, our supporters, and the British public. And so, on behalf of the Labour party, I am truly sorry for all the pain and grief that has been caused. To Jewish people, our Jewish members, our longstanding Jewish affiliate, JLM.”

Starmer denied that he had been complicit in the problem while serving as shadow Brexit secretary under Corbyn. He said: “I spoke out both in the shadow cabinet and outside the shadow cabinet – that’s a matter of record – on issues such as the international definition [of antisemitism being adopted by Labour] and the rule changes we needed.”

Starmer said Labour would accept the report “in full, and without qualification”, and would provide the EHRC with a plan to do this within six weeks.

Whilst the report did not directly show Corbyn to be responsible, the EHRC’s lead investigator, Alasdair Henderson, said the buck must ultimately stop with him. “As the leader of the party at the time, and given the extent of the failings we found in the political interference within the leader of the opposition’s office, Jeremy Corbyn is ultimately accountable and responsible for what happened at that time,” Henderson said.

Corbyn outright rejected the findings of the report claiming that the issue has been overstated. He said “One antisemite is one too many, but the scale of the problem was also dramatically overstated for political reasons by our opponents inside and outside the party, as well as by much of the media.” He went on to say “That combination hurt Jewish people and must never be repeated. My sincere hope is that relations with Jewish communities can be rebuilt and those fears overcome. While I do not accept all of its findings, I trust its recommendations will be swiftly implemented to help move on from this period.”

We have reached out to both the Labour Party and Jeremy Corbyn for comment.