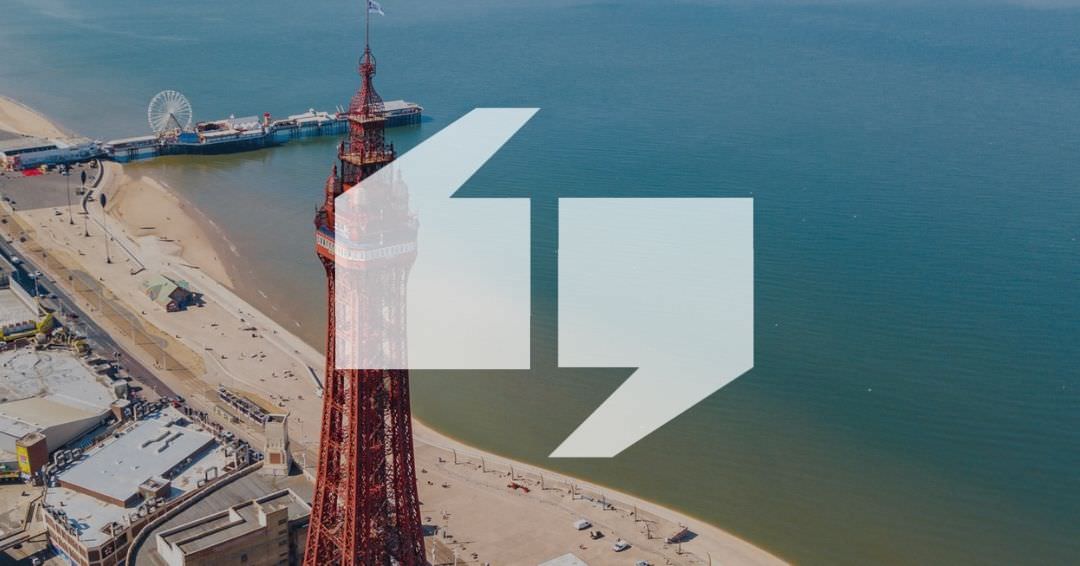 The Race for Top Four

When the pandemic hit, Brexit all but disappeared from the news. But as the transition deadline looms and negotiators seemingly fail to make progress, a no-deal Brexit appears ever more likely – which could have devastating consequences, especially for places that voted most strongly for Brexit.

On a summer’s day in Blackpool seagulls will circle over visitors as they eat fish and chips on the steps of its promenade, greedily awaiting their turn to feast on holidaymakers’ scraps. It’s a different story in early October, with only a few birds perching on railings, apparently aware there’s little hope of food. Blackpool’s fish and chip shops, like Britain’s whole hospitality industry, have been severely affected by Covid-19, with one chippy owner admitting it’s been his worst year ever: “We lost half of our business,” says Hamid Jan, standing behind the counter of his empty eatery.

Unfortunately, the Covid-19 pandemic isn’t Blackpool’s only problem. According to an Institute for Fiscal Studies report published on 2 October, places that the government has identified as ‘left behind’ face the biggest danger from a ‘double whammy’ of the fallout from coronavirus and Brexit, as the disruption could thwart attempts to increase economic equality between regions in what the government has termed ‘levelling up’.

“We ought to be concerned about the potential for the economic costs of Brexit to fall heavily on areas with less-educated workforces,” the report states, while saying that, “a number of deprived coastal communities (such as Blackpool, Great Yarmouth and the Isle of Wight) appear to be both ‘left behind’ and particularly vulnerable to the immediate economic fallout from the pandemic.”

As a town dominated by the hospitality sector and reliant on a workforce primarily classed as unskilled, Blackpool seems to be especially at risk, which is compounded by the fact that eight of the 10 most deprived neighbourhoods in England are in Blackpool, according to 2019 statistics. It’s also a place where the majority of people voted for Brexit, with 67.5 per cent of Blackpool voters showing their support for the leave campaign at the polls. As such, the current unique situation begs the question – is there any regret on the part of Blackpool’s Brexiteers?

Leave voter and Conservative Blackpool councillor Tony Williams, who’s the leader of the opposition in the Labour run local authority, says that he doesn’t think that “the first couple of years in Brexit is going to be a celebration”, admitting that a post-transition restriction on the free movement of workers will bring with it problems for Blackpool. “Many lower paid workers are from European countries and yes, we may find it difficult retaining them and we may find it difficult replacing them,” he says, but adds that, “these are problems and issues that I think we have to meet because the overall picture and the future, is very bright.” Aside from delivering sovereignty, Williams believes Brexit will increase the appetite for staycations, thus boosting Blackpool’s tourism industry, which he says could result in “more jobs for local workers”.

Blackpool live music venue owner and Remain voter Stephen Skelly, isn’t as optimistic about the town’s future post-Brexit, at least when it comes to his own business Bootleg Social, which he opened in 2014 alongside business partner and friend James Ogilvie.

The web developer turned promoter relays that as a town several decades in decline, Blackpool has very few bands as young people flee the area, meaning the 300 capacity Bootleg Social increasingly relies on acts from Europe. When the transition period comes to an end, their ability to perform in the UK is likely going to be affected: “There’s a lot of uncertainty around what the situation will be with touring bands and whether they’ll have to pay for additional visas to play over here,” Skelly says.

At the moment, however, the pandemic is a bigger concern for Skelly, who closed the venue on 19 March and is unlikely to reopen unless he receives a Culture Recovery Fund grant. “With the further restrictions that are tightening and the closing down of hospitality, people are less inclined to come to Blackpool because there isn’t that much to do here,” he says, while arguing that relying on local punters is also futile: “People are going to lose jobs, and without the local people having any kind of disposable income, they’re not going to be able to go out and use the hospitality sector, which will then have a knock-on effect on the running of not only our, but all these businesses.”

With his venue eerily empty, tables and chairs haphazardly rearranged incase it does re-open as a socially distanced space in November, it’s not difficult to see why Skelly is downbeat, as he describes the pandemic’s effect on the ‘levelling up’ plans the government had for the town: “We had a direct train link that was supposed to connect us to London, but due to the pandemic, that was cancelled a couple of months ago,” he says, surmising that, “while there may have been some intention to ‘level up’, as soon as money becomes tight, it’s places like Blackpool that suffer first.”

A few minutes away from the shuttered Bootleg Social, Dirty Blondes manager Jake Whittington is feeling more hopeful, revealing that the pandemic has forced him and business partner Paul Mellor to be more creative with a venue that was open for less time than it was shut during lockdown, having only initially launched in December 2019 as a late night bar.

“A digital menu gives you so many more opportunities to push certain products, to upsell, cross-sell, and let the guests know you’ve got more on offer,” he says as he describes the bar’s menu of pizzas and tacos, now with the addition of brunches and desserts, while remarking that he hasn’t noticed a dip in spend per head since re-opening post-lockdown.

Still, Whittington, who employs 12 full-time staff, admits that things could turn for the worse very quickly: “There’s a very real possibility that there could be no business if everything goes wrong again no matter how well we do, and when the government talk about viable businesses to get support, one minute you’re viable and the next minute you’re not viable because of the restrictions,” pointing to a sign outside that reads, “Cancel the curfew. It’s Bollocks.”

Whittington, who originally hails from Brighton, but moved north in 2015 when his partner went to university in Preston, says that he doesn’t believe that post-Brexit Blackpool will suddenly attract more tourists, either. “It’s a different world to when Blackpool was busy in the 1950s, where everyone did holiday in the UK,” he says. “It’s cheaper to get a one-way flight to Alicante than it is to get the train to Preston, so you’ve got to be doing something really good to get people to come and stay in Blackpool.”

What Whittington does see potential in, is the post-pandemic appreciation for the hospitality sector: “It could in the long run spell the rebirth of hospitality because no one wants to stay in any more, people want to see their friends.” Skelly concurs, while pointing to the unique opportunities Blackpool has to offer for those keen to start new businesses in the sector: “if you want to do something, there’s probably not someone already doing it in Blackpool,” he says, adding that there are greater barriers to entry for young entrepreneurs in places like Manchester and Liverpool, where rents for both venues and residents are much higher.

What Williams, Whittington and Skelly agree on, is that when the ‘levelling up’ that the government have earmarked for Blackpool is at full steam again, more needs to be done to keep young people in the town. While Williams is hoping to make the area more attractive to big business through economic development incentives, Whittington wants the council to build more attractive housing to pull in creatives like himself. Meanwhile, Skelly is hopeful such moves might have a positive effect on the town’s local music scene. For all these things to happen, Whittington asserts there needs to be more co-operation across both sides of the political divide: “Everybody needs to be a little bit more open minded, a little bit more positive,” he says. “If we work together, things can be better for the town and therefore for everyone in it.”