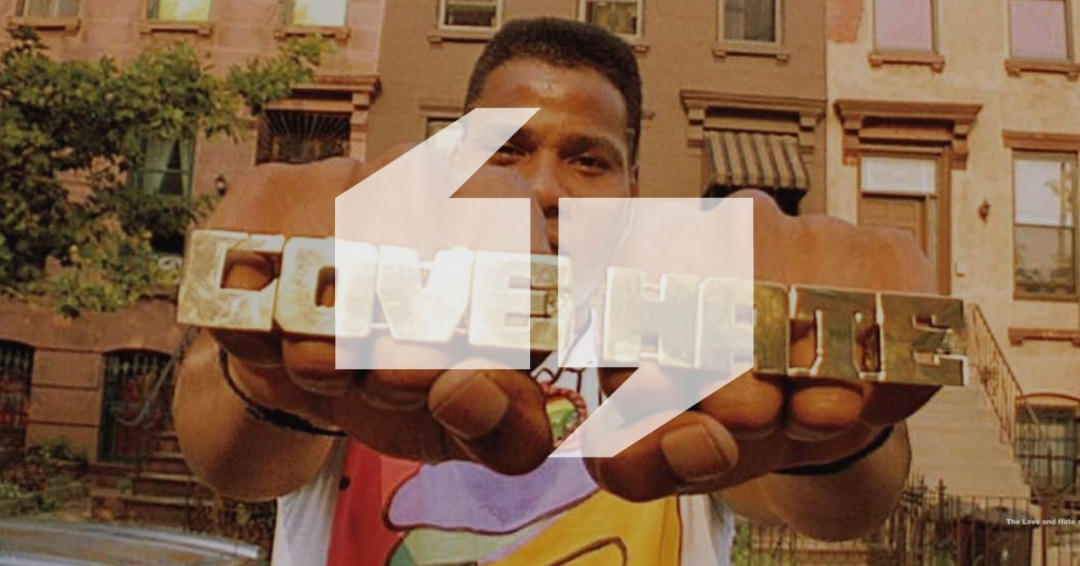 A rundown of films that tackle racial inequality and injustice and where you can watch them.

During the height of the #BlackLivesMatter movement of 2020, I decided to have a think about the films, TV shows and documentaries that shine a light and accurately portray some of the issues surrounding racial injustice towards black people. Films are one of the most readily consumed art forms on the planet and when filmmakers create movies, they aren’t always just creating art to mindlessly entertain the masses, they usually have something pretty important to say. There’s probably a lot of films and shows worth mentioning that I’ve not listed below, but these are the ones I’ve seen recently that have really resonated with me and that I feel should be essential viewing for those hoping to have a deeper understanding of the issues and struggles facing the black community today.

Do The Right Thing (Spike Lee)

This is one of my favourite films of all time and possibly Spike Lee’s most important work to date. Made in 1989 but still extremely relevant to audiences today, arguably now more than ever.

For those unaware it follows the day in a life of a number of characters of a mixture of races in a Brooklyn neighbourhood. It’s all about how these characters of different races and backgrounds interact with each other as racial tensions rise. These racial tensions spout from institutionalised racism, subtle racial microaggressions and flat out prejudice. These tensions then culminate in an emotionally charged and powerful final act that echoes some of what we are seeing today.

The dialogue is incredible, every character shines as layered and complex and there’s also some of the best elements of Black culture, fashion and music on display too. (Streaming on NOW TV)

The central theme of this whole show is race in America and Lindelof was heavily inspired by what happened in Ferguson and the works of Ta-Nehisi Coates books.

It’s hard to go into all of it without spoilers but the show does open with the real world Black Wall Street Massacre. This actually happened and only a hundred years ago. For those that don’t know:

“Memorial Day weekend, 1921. A young black man is accused of assaulting a white woman in an elevator. A white mob wants to lynch him. A gathering of African-Americans tries to stand guard outside the courthouse. Shots were fired and chaos ensued. Over the course of 18 hours, a white mob attacked a predominantly black neighborhood — called Black Wall Street — in Tulsa, Oklahoma. It was a domestic terrorism plot that, sadly, succeeded. Hundreds of black businesses were burnt to the ground as the Ku Klux Klan used firebombs, airplanes, and an organized militia to burn 35 square blocks of the city and murdering an estimated 100 – 300 people. Thousands more would be displaced. “

So that’s some pretty hard shit to set the tone. Then there’s explorations of the klan, reparations and also how this impacted the” hero” world.

Beyond all that it’s still a great show but I never expected it to be such a brilliant takedown and analysis of racism in America. (Streaming on NOW TV)

13th is a documentary that, in short, looks at how slavery in the US never actually ended but was simply “re-branded”.

It explores how a history of racial inequality didn’t end overnight but rather just made those in power smarter with how they exploited black people. This was done in the form of rigging the criminal justice and prison systems against African Americans, essentially creating laws aimed at arresting large numbers of black people for petty crimes to fill the prisons, where unpaid work was still legal. This essentially meant the very cotton farms that black people were liberated from, were simply converted into prison work camps – and nothing ever really changed.

This is one of the most fundamentally important ways that the US managed to instill institutionalised racism into the country and how those very laws/systems are still the reason that we see large numbers of disproportionately black people with the prison system today.

It also touches on how the war on drugs also led to mass incarcerations of people of colour and further perpetuated this problem.

It’s an incredibly well made and thought provoking documentary that is essential viewing in order to understand what the term “institutionalised racism” means. (Streaming on Netflix & YouTube)

When They See Us (Ava DuVernay)

This is another one from Ava DeVernay that I’m sure most of you remember hearing about last year. It’s a four part miniseries chronicling the story of the Central Park Five, the boys that were wrongly imprisoned for a rape in Central Park that they didn’t commit. It goes through the entire ordeal in vivid detail and highlights the injustices they faced at every step of the way and how the entire system failed them at every turn.

It’s very well-made and absolutely gut wrenching to the core but unfortunately these types of miscarriages of justice happen more a lot more often than you may think due to a system that is automatically rigged against those of colour.

This one holds even more relevance today as at the time, Donald Trump put out an advert in the newspaper calling for these children to be executed. (Streaming on Netflix)

Blindspotting is a 2018 film that definitely takes a lot of inspiration from Spike Lee’s Do the Right Thing and follows a few days in the life of Collin, played by Daveed Diggs who also wrote the screenplay. It’s compelling and immersive and looks at police brutality, race relations, gentrification, white privilege and ultimately what it is like to be black in today’s America.

The story builds and builds to an absolutely captivating crescendo and this is one of those films that is so expertly crafted that at times it feels like a documentary. The characters and their relationships are so well realised and it also feels like a love letter to the West Coast in terms of the culture (Available to rent/buy)

This is the story of Ron Stallworth, a black police officer in the 70s who managed to infiltrate the Klu Klux Klan. Spike Lee manages to blend humour with the serious issues here beautifully and the result is a story that takes you on a wild ride of emotions. There are moments that make you want to throw up, moments of pure tension, moments that make you burst into laughter and moments where you want to get mad. He also weaves in the political commentary of the modern day which gives the film a sense of added purpose (Streaming on Netflix)

This Is England (Shane Meadows)

So I decided to include this one as a sort of response to those claiming that racism against black people is predominantly an American problem, where in reality we have a lot of the same issues and injustices here. There are probably better examples of UK films that deal with racism but this is just such an incredible film on so many levels. This is England has a lot of similarities to American History X and tells the story of a young boy who becomes indoctrinated into a white supremicist type group masquerading as mods.

It’s more of a display of the white nationalism that creates a lot of the racist sentiments we have seen recently rising in the UK. It also deals with how the only black character, Milky, deals with what he witnesses and experiences and how his friends struggle to understand his black perspective.

It’s brilliantly written and emotionally charged and while the highlight here isn’t necessarily the black experience, it still provides some important viewing in the way racist and nationalist views manifest and can be used to manipulate others. (Available to rent/buy)

Another film based on a true story. Fruitvale Station tells the story of a 22 year old black man who is on his way home with friends and ends up getting detained by a transit police officer. This then leads to some heightened conflicts and tragically ends in his murder by the officer (while face down, unarmed and restrained).

The police officer served only a few months in prison and this is just another example of the injustices that black people are facing by officers of the law and the absence of consequences they face.

It’s a harrowing experience but that’s a testament to Coogler who directs this brilliantly in his debut film (Coogler went on to make Creed & Black Panther). Michael B Jordan also puts in a fantastic performance as the lead and this is another in the must watch category for me (Streaming on Netflix)

Most people have probably seen this and the main reason I’ve included it is because the lead, played by Jamie Foxx, is an inspiring and empowering black lead character that we rarely see. While on the surface it may feel a bit thin, underneath all the Tarantino humour and violence there are some extremely striking and thought-provoking aspects of slavery in America. I actually found this more resonant than 12 Years a Slave in a lot of ways, possibly because it’s a more “accessible” film to most audiences but still manages to show the true nature of the racial injustices of the time (Streaming on NOW TV)

I’ve added this one mainly down to the fact that it deals with the black experience so eloquently beyond just racial injustices and prejudices.

Waves is a complex, visceral and emotionally charged roller-coaster of a film. It follows a suburban family in Florida as they navigate their relationships with each other, tackling love, family, grief, loss, masculinity, race and coming of age.

What’s most impressive about this film is how real it felt. Everything from the characters and dialogue to how people interact with each other felt so natural and realistic. The film takes you on a journey through so many, and at times some very gut wrenching, different emotions.

It’s a beautiful film with a great soundtrack and definitely one I think should be on your watchlist. (Streaming on NOW TV)

I don’t think I need to say too much about this one. It’s a Malcolm X biopic and it’s incredible. One of the most important figures of our generation and this tells his story in a very powerful way, looking at both the man and his beliefs. This is a figure that all of us should know about and there’s a lot in this film that has parallels to what is happening today too. Also probably my favourite Denzel Washington performance of all time (Available to rent/buy)

A few other notable mentions that I feel are worth checking out too: