DID YOU KNOW? – Nazis Planned To Build A Giant ‘Sun Gun’ To Burn Cities

DID YOU KNOW? – Shortly after World War 2, the Allies discovered detailed plans for a giant Sun Gun consisting of a 0.62 mile size mirror attached to a space station 22,300 miles above the Earth. It would have taken an estimated 15 years to build and the goal was for it to be able to burn cities and vaporise oceans. The Nazi rocket scientist responsible for the plans was Hermann Oberth and was later employed by NASA. 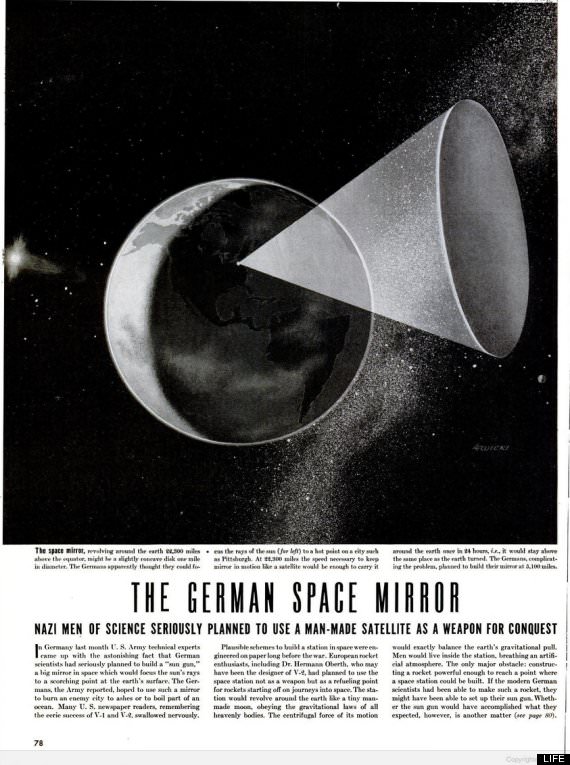 Taken from Life magazine’s July 23, 1945 issue, titled “The German Space Mirror.” The article, credits U.S. Army experts for revealing a Nazi plan to construct the extraordinary device. Consisting of a reflective, slightly concave disk approximately one mile in diameter, the sun gun would focus solar rays onto enemy cities – and burn them.

The accompanying image shows a large mirror, “located 22,300 miles above the equator,” focusing massive amounts of solar energy onto a city in America.

Renowned German rocket scientist Hermann Oberth came up with the space mirror concept in 1923, according to NASA. Oberth originally intended the space mirror for peaceful purposes such as illuminating ports and thawing frozen rivers.

“My space mirror,” he wrote, “is like the hand mirrors that schoolboys use to flash circles of sunlight on the ceiling of their classroom. A sudden beam flashed on the teacher’s face may bring unpleasant reactions.”

No schematics survive to show how the Nazis might have built the mirror, but Life suggests it would arrive in space preassembled. A small crew could possibly live inside the mirror, where they would breathe air produced by thousands of pumpkin plants, and “wear shoes soled with magnets” to combat the lack of gravity. A helmet would be mandatory — “to protect against forgetful crashes into the ceiling.”

Scroll down for Life’s illustrations

After the war, Oberth attempted to bring other nations around to the idea, promoting the space mirror’s peacetime applications. In a 1961 interview, the scientist suggested the U.S. build a mirror 300 miles in diameter and capable of terraforming Earth, using materials sourced from the moon to drive down cost.

Oberth wasn’t the only one to champion far-out space weapons. During the Cold War, German-American rocket scientist Wernher von Braun lobbied the U.S. military to build a space-based weapon influenced by Oberth’s ideas to combat the USSR. Von Braun said, “If we do not wish them to wrest the control of space from us, it’s time, and high time we acted.” 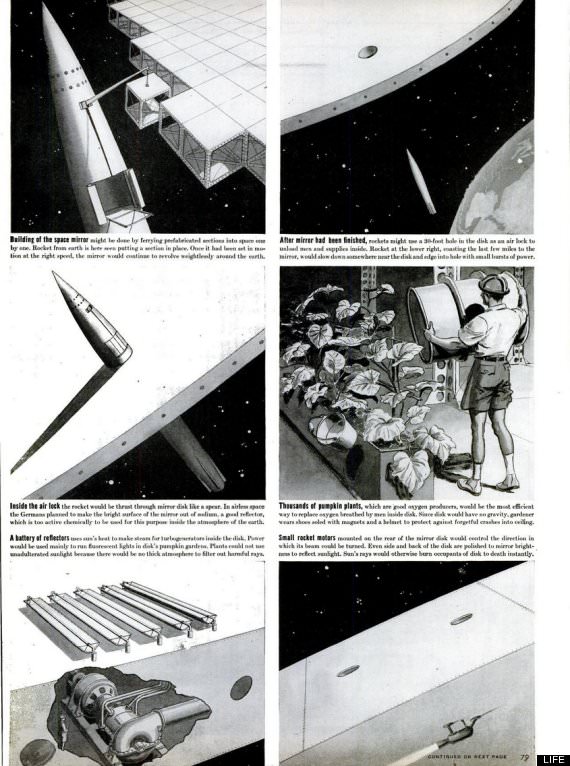 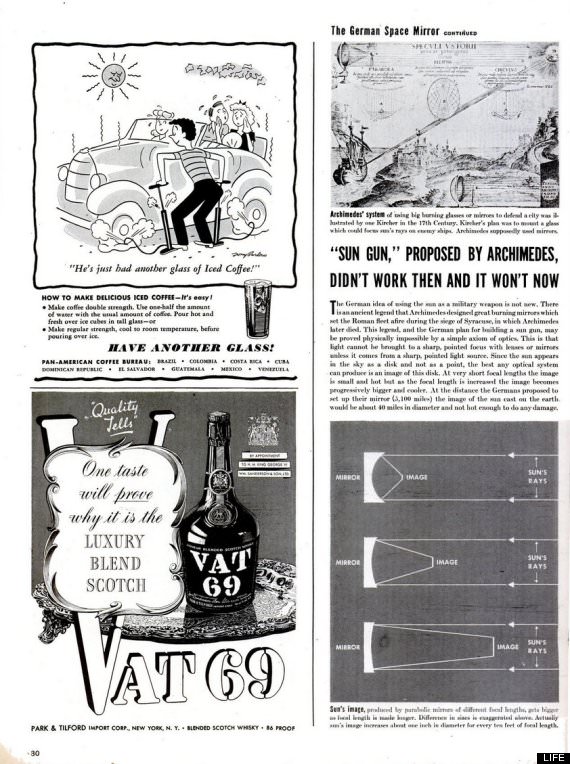