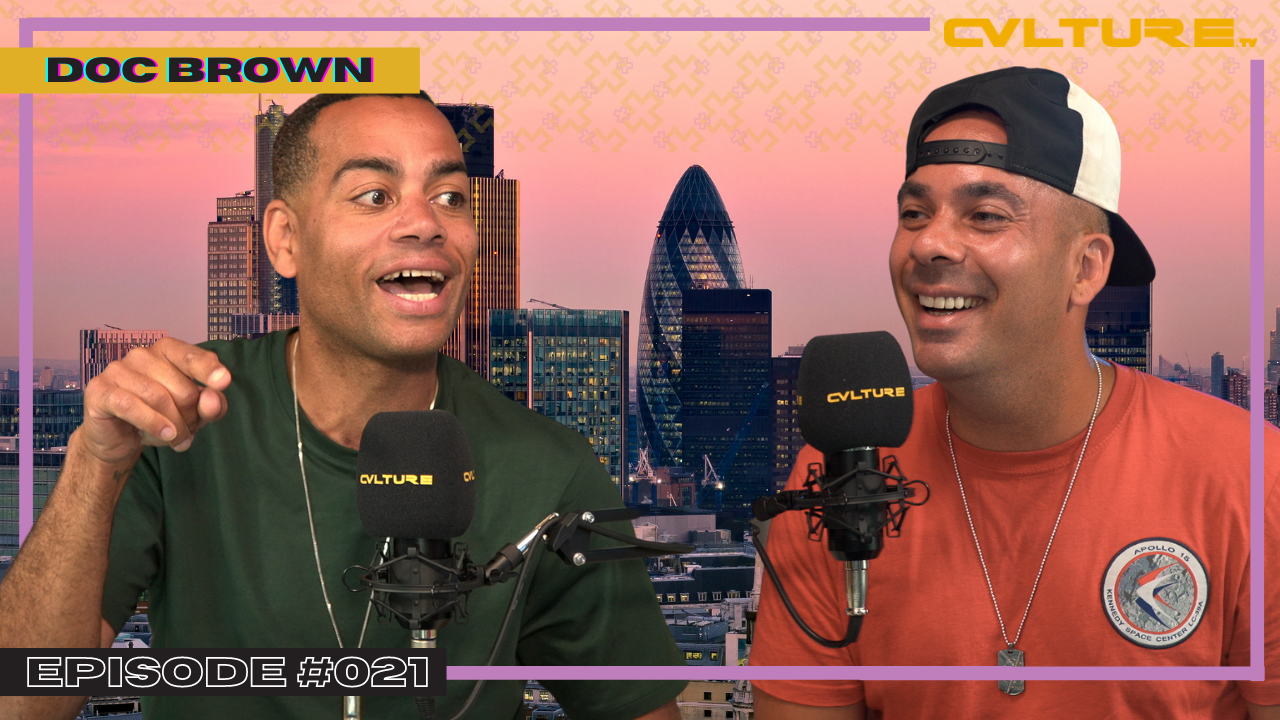 In this episode Doc gives us the lowdown on his incredible life so far, from rap battles to hosting at the BAFTA’s. What it was like performing in front of Samuel L Jackson and Tom Hanks, getting to roast Piers Morgan, why celebrity parties are not for him and why you won’t be seeing him on the comedy circuit anytime soon.

We get an insight into his views on the world from systemic racism in the UK & US, why he doesn’t believe in money, finding out about his Dad’s contribution to world war 2, and what it means to him to be British.

Doc Brown has performed his stand-up act to packed audiences across the globe as well as featuring on Live at the Apollo and Russell Howard’s Good News. Worked with the likes of Ricky Gervais on Derek and David Brent, alongside David Tennant in Des the true story of Dennis Nilsen the Muswell Hill Murderer based on the book Killing for Company, as well as appearances in The Inbetweeners, The Split, Doctor Who, Mastermind, Taskmaster, 4 o’clock Club and Fleabag to name a few…