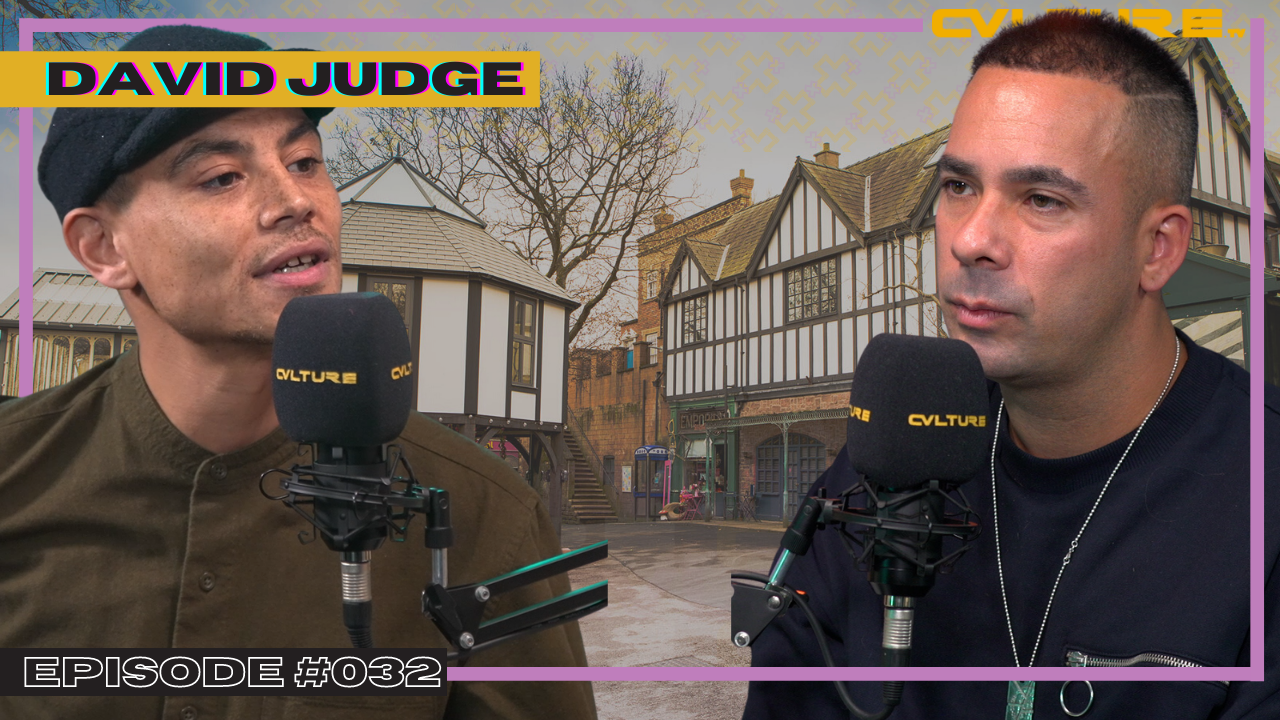 David Judge is a Playwright, Writer, and Actor with over 18 years of experience performing on stage and screen. He is well known for his role as Danny Valentine in Hollyoaks alongside his appearances in The Bill, Doctors, Casualty, and Prey. He has since become a writer for Coronation Street, toured his highly acclaimed autobiographical play ‘Sparkplug’, and appeared in the BAFTA-nominated TV Movie ‘Romeo & Juliet’ as Tybalt.

In this episode, David exclusively shares his side of the story of being sacked from Hollyoaks, he reveals shocking inside stories of being a mixed-race working-class actor in the TV and Theatre industries. He speaks about his upbringing, his experience on race growing up, and the actions we can all take to make a stand. From poetry and MC beginnings to being a well-known face watched in thousands of living rooms across the UK, David covers his influential life and we didn’t even scratch the surface.