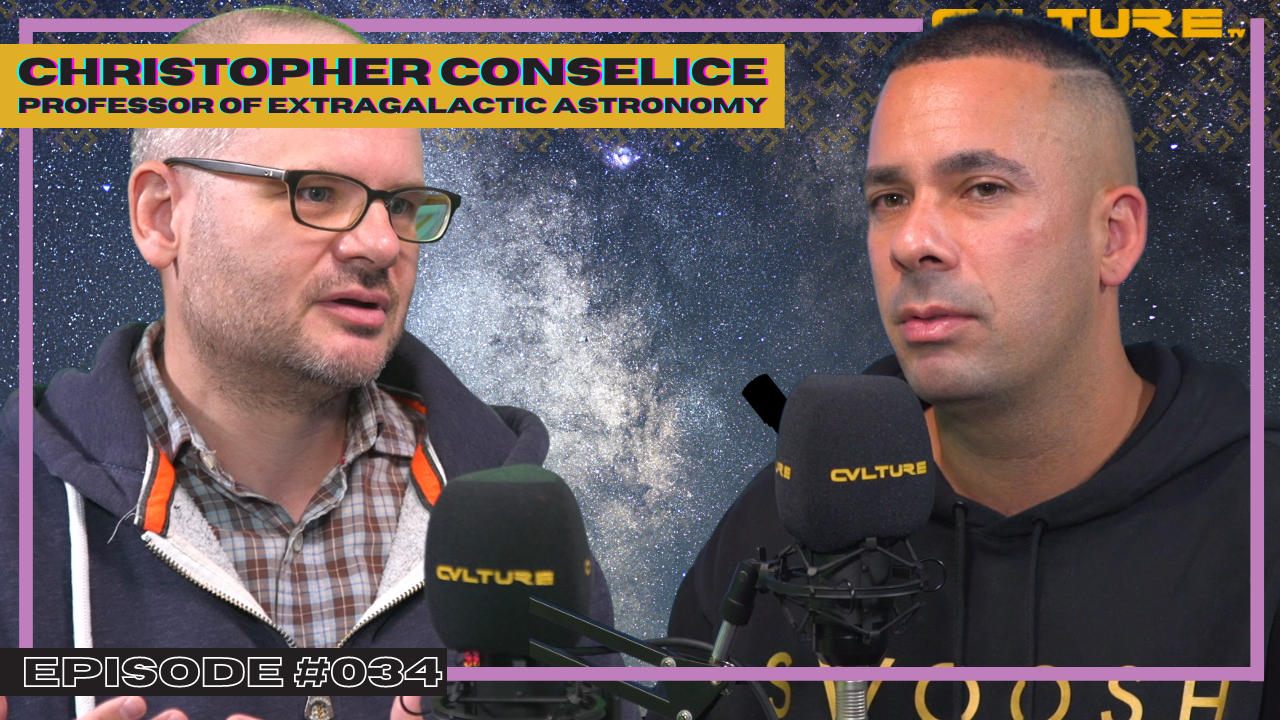 Christopher Conselice is the Professor of Extragalactic Astronomy at the University of Manchester and Jodrell Bank. Conselice has been one of the pioneers in using the fact that the speed of light is constant to determine how galaxy evolution has occurred. He led a team in 2016 which showed that the number of galaxies in the universe was 2 trillion, 10 times higher than previous estimates of 100-200 billion. He also developed a new methodology for calculating the number of possible communicating intelligent extraterrestrial civilizations there could be in our galaxy.

In this episode, Christopher talks about the origins of the universe from the big bang to the recent discovery of the expansion of space speeding up. He covers what we know about black holes and the Nobel Prize discovery of dark energy. They discuss dark matter and the complexity and inner workings of the world’s most complicated telescopes. Nik throws some difficult questions his way about intelligent design, the existence of alien life, and religion.