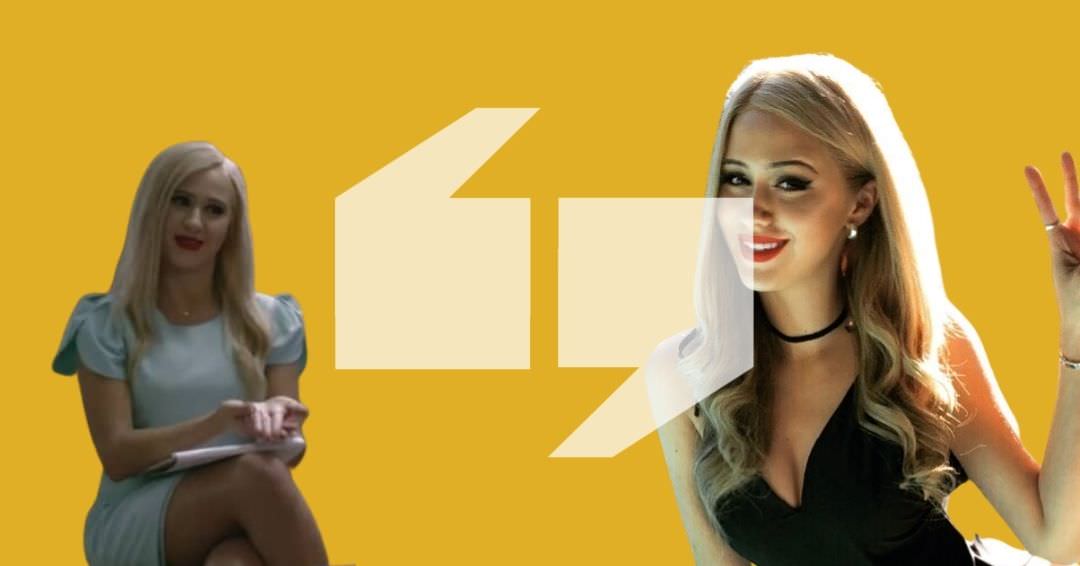 How WFH changed my life

Borat 2: Who is Maria Bakalova from the new Borat film?

Maria Bakalova is a new face in Hollywood which undoubtedly would have helped with Sacha Baron Cohen’s ability to pull off some of the most outrageous pranks.

Maria Bakalova plays Tutar Sagdiyev Borat’s 15 year old daughter who manages to follow him to the ’US&A’ in search of becoming the next Princess Melania, where she hopes to be the happiest wife in the world just like her idol…

Tutar is the perfect sidekick to Borat and offers an innocence, vulnerability as well as a freeness and bravery that of course is required to be thrust into compromising, uncomfortable and at times outrageous situations. The dynamic within the Father/daughter relationship in turn allowed the character of Tutar to add to the character development of Borat himself.

Maria Bakalova’s performance was utterly stunning, she played the role with an infectious energy and lit up the screen every second she appeared. The ultimate commitment she offered to the role gave her the freedom to fully immerse herself in the character, seemingly never cracking once, even during the scene which in just a few days of release is one of the most infamous from a ‘movie film’, where Rudy Giuliani is captured with his hands down his pants lay in a hotel bed. Sacha Baron Cohen himself admitted during an interview with Good Morning America he was quite “quite concerned” for Bakalova during the filming stating “It’s my responsibility as a producer as well to assure the lead actor is looked after,” he added. Bakalova says that she felt “safe” during the entire shoot.

She praised Sacha Baron Cohen on her Instagram page for giving her the opportunity of playing a leading role, where she expressed the lack of representation of actors of her type, she wrote:

“There are almost no leading characters for actors from my background or actors who have a foreign accent so to be given this platform to perform and show what I can do really means the world to me!”

Добро утро, Америка! @goodmorningamerica I am so overwhelmed and moved by your words @sachabaroncohen ! You really are like a father to me! Thank you for everything – your support and guidance. You are my biggest teacher! I am so so grateful for the opportunity to create such an brilliant character like #Tutar with you. There are almost no leading characters for actors from my background or actors who have a foreign accent so to be given this platform to perform and show what I can do really means the world to me! Thank you! I love you!! Watch #Borat 2 on @amazonprimevideo #BigSuccess! @boratsagdiyev ❤️ @nancybishopcasting ❤️ #Bulgaria

Maria Bakalova was chosen from 600 women who auditioned for the film from around the world. She responded to an open casting call and travelled to London to audition for the part.

Since the release of: Borat Subsequent Moviefilm: Delivery of Prodigious Bribe to American Regime for Make Benefit Once Glorious Nation of Kazakhstan Maria Bakalova has been plunged into the spotlight appearing on American TV Shows ‘Jimmy Kimmel Live!’ in character as Tatar and Good Morning America where she appeared as herself. Mainstream media has widely reported on ‘that’ scene further enhancing her profile.

From a relatively unknown actress to overnight sensation we think we will be seeing much more of this hugely talented actress.

Her previous credits as stated on IMDB include Last Call, The Father and Transgression.