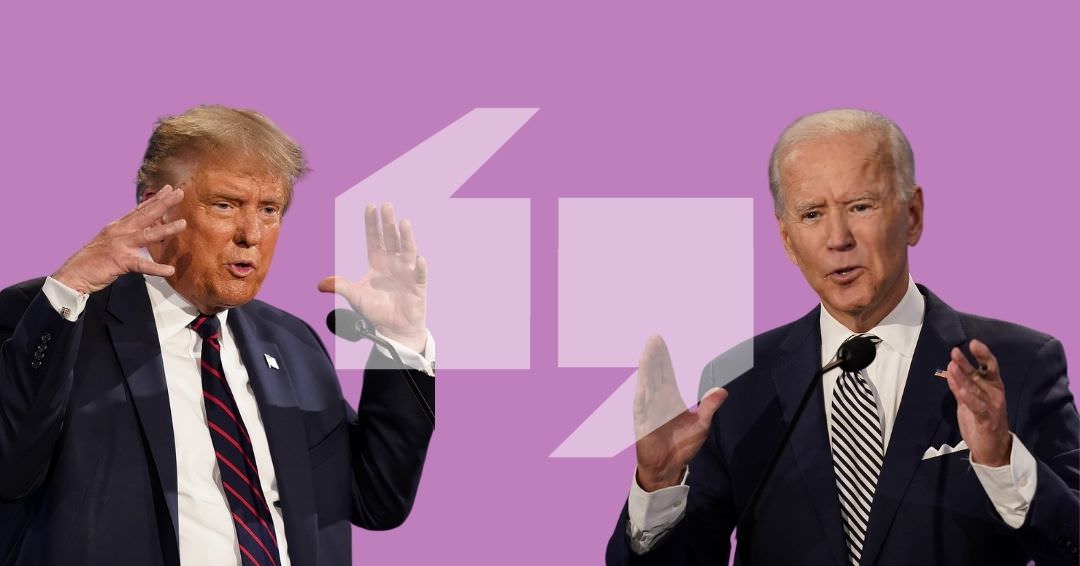 Biden hits Trump Where it Hurts at Final Debate: “Release Your Tax Returns, Or Stop Talking About Corruption

The Democratic presidential nominee Joe Biden blasted President Trump for failing to release his tax returns during the second and final presidential debate, where the pair were questioned about foreign relations.

The live debate was held at Belmont University, Nashville, Tennessee during which Biden also brought up the President’s personal attorney Rudy Giuliani, who has been leading an effort to dig up and release dirt on Biden and his family, which has so far been unsuccessful.

“He’s being used as a Russian pawn,” Biden said of Giuliani, adding, “He’s being fed information that’s not true.”

Trump further tried to drive the narrative Giuliani has been trying to push over the last week surrounding allegations about Biden’s son, Hunter from a New York Post story which has been widely debunked. Trump and Giuliani claim that Biden was somehow ethically compromised by his son’s work on the board of a Ukranian gas company, which has been thoroughly fact-checked and found to be a false allegation, with experts claiming Giuliani’s latest attempts are Russian disinformation.

Biden said during the debate, “I have not taken a penny from any foreign source ever in my life.”

Biden also referred to a New York Times report which revealed Trump has a secret Chinese bank account and that Trump International Hotels Management L.L.C paid nearly $200,000 in taxes in China between the years 2013 and 2015. Another Times report from September exposed Trump paid just $750 to the U.S. Government in taxes in 2016 and 2017.

Biden said “We learned that this president paid 50 times the tax in China [than he paid in the U.S.],”

Biden’s federal and state tax returns are available for public view on his website.

Trump’s tax revelations have been a common subject brought up during Biden’s campaign. During his first in-person campaign rally speech for Biden just yesterday, former President Barack Obama brought up the bombshell Times report about China, asking, “Can you imagine if I had had a secret Chinese bank account when I was running for reelection? You think Fox News might’ve been a little concerned about that? They would’ve called me Beijing Barry!”

The Times reporting has followed a lengthy battle between New York prosecutors, House Democrats, and the White House over release and access to the president’s financial records that went all the way to the Supreme Court.