Biden hits Trump Where it Hurts at Final Debate: “Release Your Tax Returns, Or Stop Talking About Corruption”

Former President Launches a Scathing Takedown of his Successor.

At a Philadelphia drive-in election rally in support of Joe Biden, former president Barack Obama delivered a brutal and humorous condemnation of Trump to a crowd of supporters. Obama dragged the current president on everything from his response to the Coronavirus pandemic to his retweeting of conspiracy theories, liking his behaviour to that of a “crazy uncle”. 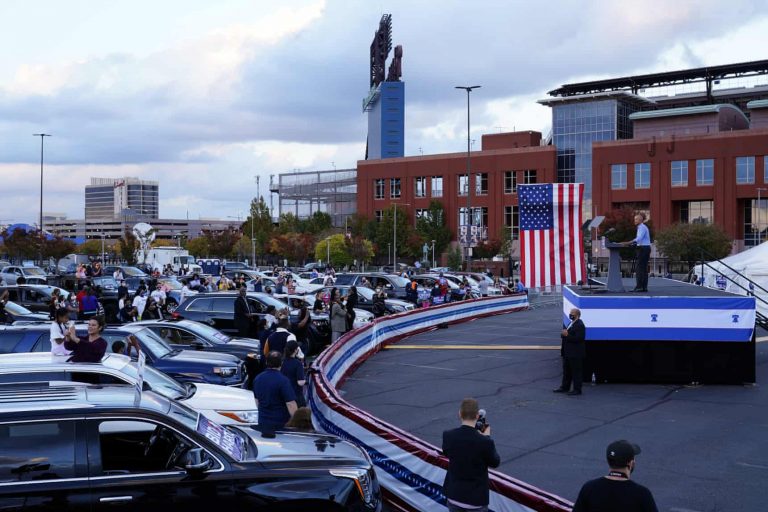 “Eight months into this pandemic, cases are rising again across this country” Obama stated, adding that “Donald Trump isn’t suddenly going to protect all of us. He can’t even take the basic steps to protect himself.” The handling of the pandemic by the current administration has been widely criticised, with the US seeing over 220,000 deaths and millions of cases.

Obama praised both former VP Joe Biden and running mate Kamala Harris claiming that Americans would not have to worry about them amplifying conspiracy theories, promoting hate or ignoring health experts. “With Joe and Kamala at the helm, you’re not going to have to think about the crazy things they said every day…And that’s worth a lot.”

Another key talking point during the speech was Obama launching a rebuke on Trump’s overall character and what have been considered divisive actions by the president. “Why are folks making excuses for that?” he said. “Oh, well that’s just, that’s just him. No, it’s… no! There are consequences to these actions…They embolden other people to be cruel. And divisive. And racist. And it frays the fabric of our society.” He also added “That behaviour matters. Character matters.”

He also called out Donald Trump over the NY Times article, where it became clear that the president had only paid $750 in federal income tax in 2017 and also has a chinese bank account. “Can you imagine if I had a secret Chinese bank account when I was running for re-election?” Obama asked. “You think Fox News might have been a little concerned about that? They would have called me Beijing Barry!”

Barack Obama also went on to praise the American people for their solidarity during the pandemic and the change and positivity of Black Lives Matter movement.

Stating that this “the most important election of our lifetime”, Obama implored viewers to deliver the Democrats a victory so overwhelming that Trump cannot seriously dispute the result. “What we do now these next 13 days will matter for decades to come,” he said.

With less than two weeks to go until the election, Joe Biden holds a solid lead nationally. However, the margin is slimmer in some of the swing states and this where the outcome could be decided come November 3rd. Americans are voting early at a record pace this year, with 42 million having already cast ballots both by post and in person.